How to turn Sand into Glass

The raw material from which glass is made is silica, the most abundant of all the earth's minerals. Milky white in color, it is found in many forms of rock, including granite. And as every beach in the world has been formed by water pounding rocks into tiny particles, sand is the major source of silica.

When you examine a handful of sand, any grain that is semitransparent - rather than black, red, yellow or some other definite color - is a grain of silica. Sand also contains other minerals, but silica is the main component because it is hard, insoluble and does not decompose, so it outlasts the others. 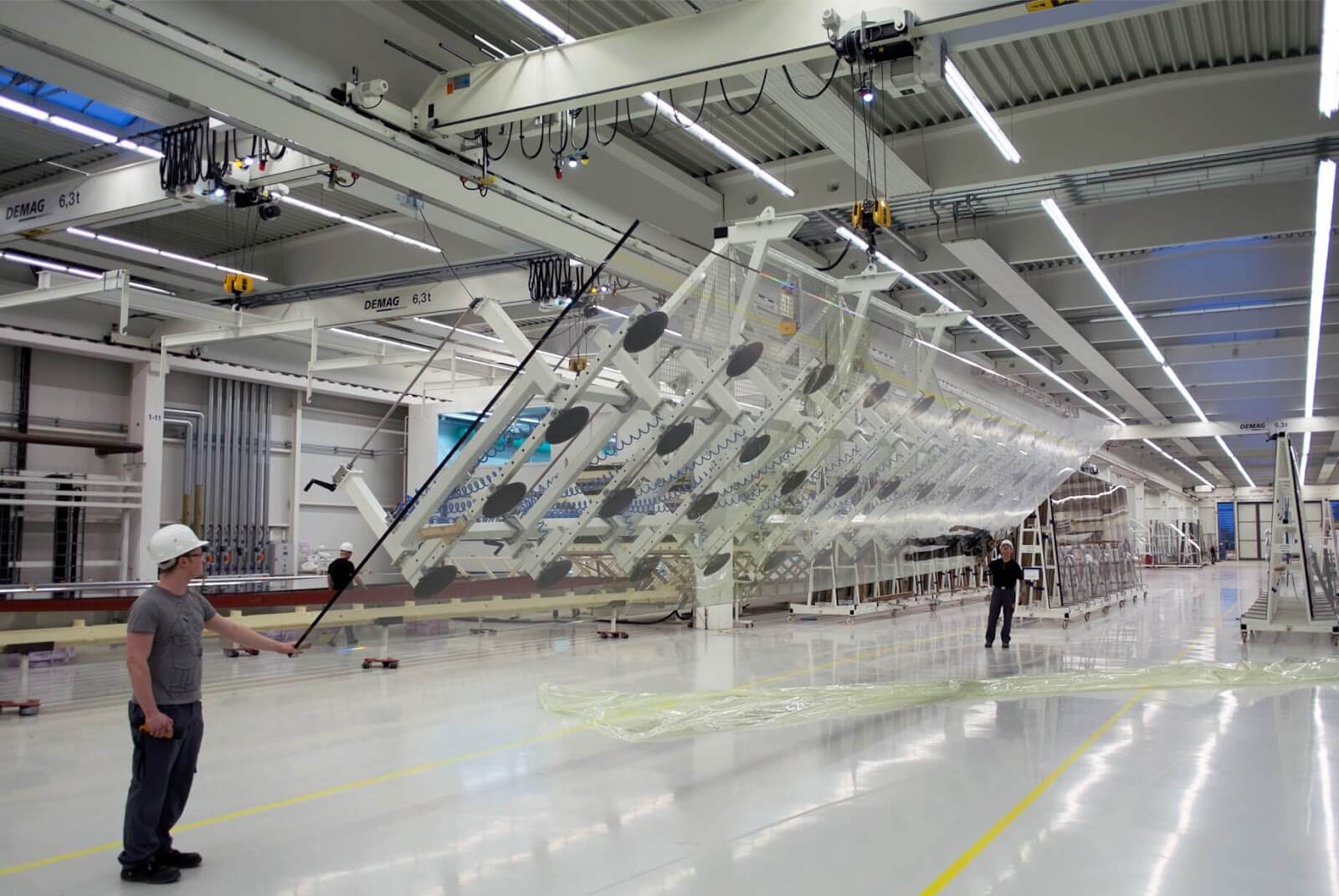 Pure silica has such a high melting point that no ordinary fire would convert it into glass. Today, lime and soda are combined with silica to produce soda-lime glass, used for making bottles, window panes, flat glass products, and cheap drinking glasses. When glass cools, its structure does not return to the crystalline structure of silica, which is opaque. Instead, it forms a disordered structure rather like a frozen liquid, which is transparent.

The technique for making thin, flat window glass was perfected in Normandy, France, in the 14th century. Known as crown glass, each piece was blown by a craftsman. An accomplished glass-blower could make only about a dozen windows in a day, making medieval window glass an expensive luxury.

For each pane, the molten glass is blown into a large bubble using a blowpipe. The bubble is then flattened and attached to the end of an iron rod, called a "punty" which is rotated as fast as possible by the craftsman.

The flattened bubble of glass fans out to form a circle 1m to 2m wide, depending on the size of the original bubble and the skill and strength of the craftsman.

The round, flat glass sheets were then cut for use as small window panes, particularly in churches. The "bullseye" at the center of the disc was the least transparent section, but because glass was so expensive, it would have been used anyway.

The Glories of Medieval Stained Glass

The structure of glass, though strong, contains a lot of empty space. Its molecules are packed together randomly like a pile of bricks, rather than lined up in neat columns as they would be if the bricks were made into a wall.

These empty cavities can be occupied by metal atoms, which affect the way light is transmitted through the glass. Different metals absorb light of different frequencies, giving the glass that contains them a characteristic color.

It was this principle that gave rise to one of the glories of the medieval cathedral, the stained-glass window.

When added to the molten glass by glass makers, copper turned it ruby red, cobalt blue, iron green, antimony yellow, and manganese purple. Sheets about 300mm by 300mm were manufactured in different colors and then cut to the required shapes. They were then assembled into complete windows.

Variations in the thickness of the glass, inevitable with medieval technology, enhanced the beauty of the windows by providing a subtle variation of tone. When the techniques of glass-making improved, a lot of this subtlety was lost.

Other materials may be added to provide color, or to improve the quality of the finished glass. Glass containing 10-15 percent of boric oxide, for example, is resistant to sudden heating or cooling and is used for ovenware. Adding lead oxide, a technique discovered in the 17th century, produces a heavy glass with a brilliant glitter - lead crystal.

Modern sheet glass is made by heating mixed ingredients in a melting furnace and forming the glass in a tin bath, also known as a float bath furnace. The mixture always contains broken glass, known as cullet, which melts at a lower temperature than the other materials and helps them to combine thoroughly.

As newly made glass is taken from the exit end of the float bath furnace in a continuous ribbon of up to 4m wide, raw materials are poured into the entrance end of the melter such that the depth of glass in the melter always remains constant.

Both the melter and the tin bath are lined with heat-proof bricks (refractories) and remain in continuous production for as long as their linings last, which is often over twenty years.

Glass is commonly thought of as a fragile material, yet in reality, it is extremely strong. When pulled lengthwise, a flawless fiber of glass is five times stronger than the best steel. Glass fibers set in plastic produce a tough and resilient material suitable for boats or automobile bodies called glass-fiber reinforced plastic, or GRP. Extra-strong glass is produced by heat toughening or by lamination.

In toughening, the glass is heated to just below its melting point, then suddenly chilled with jets of air. This process makes the surface of the glass cool down and shrink before the inside part. As a result, the surface goes into a state of inward compression. This built-in compression has to be overcome before the toughened glass will break. So toughened glass can be bent more, or struck harder, before it breaks. When it does, it disintegrates into tiny fragments, rather than the dangerous shards of ordinary glass.

Laminated glass is a sandwich of two layers of glass and one of plastic. Although the plastic layer may be very thin, it is tough. Impacts may shatter the glass, but it will remain sticking to the plastic and does not form splinters, which makes it particularly suitable for the windows of automobiles.

Aircraft windows must be able to withstand high pressure, extreme temperatures, and impacts from flying birds. Three or four layers of glass are interleaved with layers of vinyl, and then bonded together. This produces a window that is able to withstand the impact of a large bird while the airplane is flying at up to 650 km/h.

Float glass derives its name from the technology used in its manufacture: floating molten glass on a molten surface of metal, usually tin. The process came into its own in the early 1960s and rapidly gained in importance as the product was of comparatively uniform thickness and was very flat surfaced.

Tin was chosen as the molten metal, being immiscible with glass and, although easily oxidized, the formation of the oxide (known as dross) could be prevented by operating under a controlled inert atmosphere of nitrogen and hydrogen.

Other coatings include photovoltaic, reflective, and self-cleaning. Stewart Engineers were among the pioneers of the online pyrolytic chemical vapour deposition (CVD) technology, applied to the continuous processing of float glass manufacture. CVD involves the reaction of a chemical precursor gas mixture with the hot glass during the float process, and thus is created a new chemical structure layer on the product surface. This coating is sometimes referred to as ‘hard’ coating, because it forms part of the surface of the glass and is therefore more durable than that achieved by older sputtering technology (soft coating). The reaction must take place very quickly, given the high linear speed of the float line, and uniformity is achieved by multiple gas feeds and meticulous design.