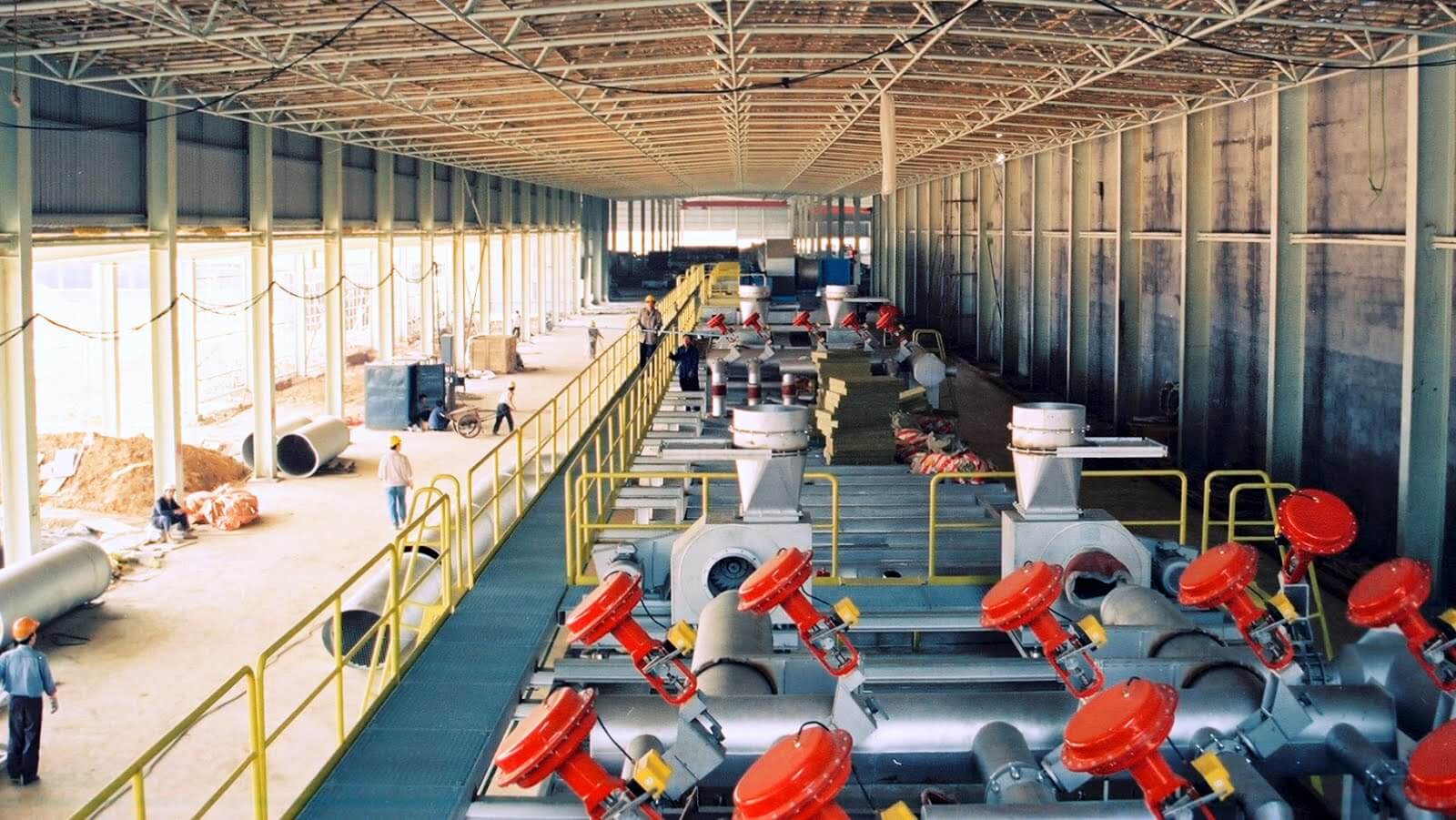 What is a lehr?
A glass annealing lehr oven- often just referred to as a 'lehr', is a long, temperature controlled, kiln. Lehrs are typically 6m wide and 120m long, with an adjustable temperature gradient through which the glass passes. In the case of containers and tableware, the product is transported on a conveyor belt and for flat glass on a special roller conveyor. Adjustable electric heating elements and air heat exchangers are located in the lehr to maintain a consistent temperature profile across the width of the glass ribbon.